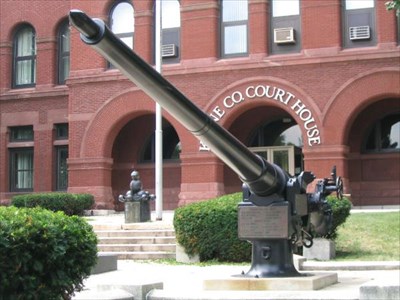 In 1992 while traveling to Madison, Wisconsin on TAD orders, Capt. Darl Anderson, Commanding Officer SSN 753 drove through Kane County, ILL. and came across the Soldiers & Sailors memorial. This memorial had armament from the Albany that was secured at the time of her scrapping on 11 February 1930.  Thanks to Capt. Anderson, his dedication to the Albany Association, he had taken pictures and sent them to the heritage exhibit. Being that these photos are old, time has taken the quality from them but we are still able to retain this history.

The monument is inscribed:

Albany was originally armed with six 6″/50 caliber (152 mm) guns and four 4.7″/50 caliber (120 mm) guns. These were British-made export-model guns built by Elswick Ordnance Company, a subsidiary of Armstrong. These guns were unique in the US Navy to Albany and her sister New Orleans, and they were designated as “6”/50 caliber Mark 5 Armstrong guns” and “4.7”/50 caliber Mark 3 Armstrong guns”. To reduce supply difficulties, during refits at the Cavite Navy Yard in the Philippines in 1903, both ships had their 4.7-inch guns replaced with standard 5-inch (127 mm)/50 caliber Mark 5 guns; the 6-inch guns were replaced with 5-inch guns in 1907.Their torpedo tubes were also removed in the 1903 refits. At least some of the guns from these ships were emplaced in the Grande Island/Subic Bay area 1907-1910 and operated by the United States Marine Corps until the Coast Artillery Corps’ modern defenses centered on Fort Wint were completed. During World War I the 5-inch guns were reduced from ten to eight and a 3″/50 caliber (76 mm) anti-aircraft gun was added. Two 4.7-inch guns (one from each ship of the class) are preserved at the Kane County, Illinois Soldier and Sailor Monument at the former courthouse in Geneva, Illinois. The gun from Albany was the No. 5 gun, presented on 1 April 1925.

Photos are from the monument taken by Capt. Anderson and from the memorial website. 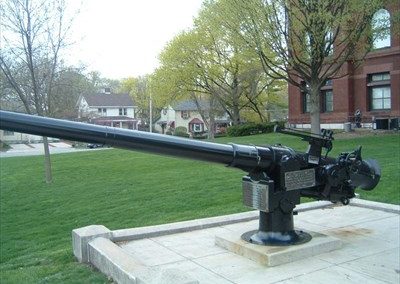 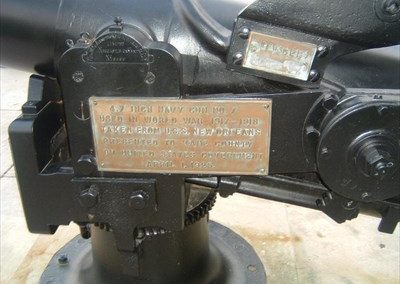 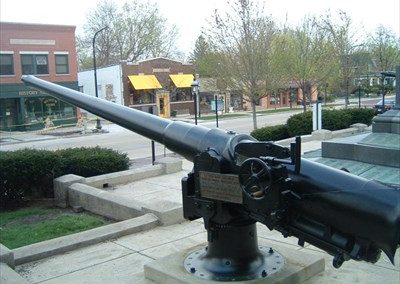 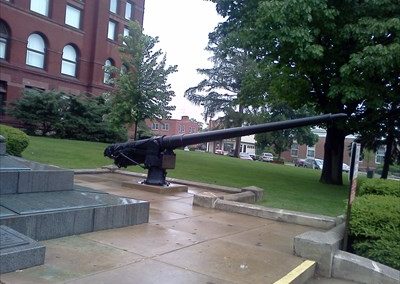 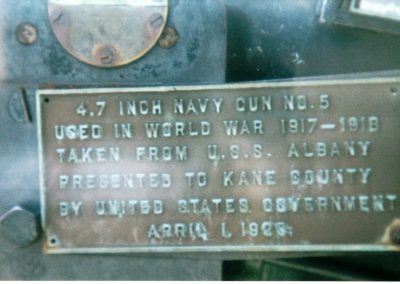 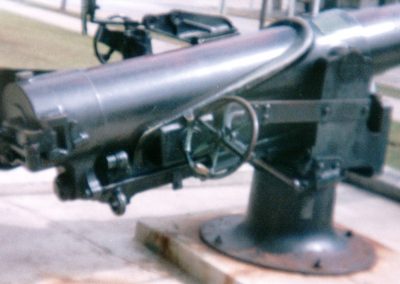 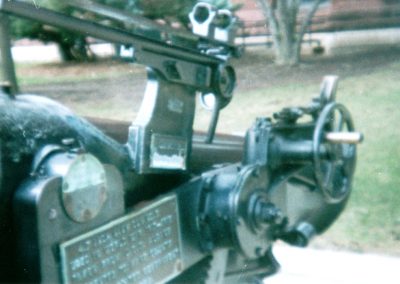 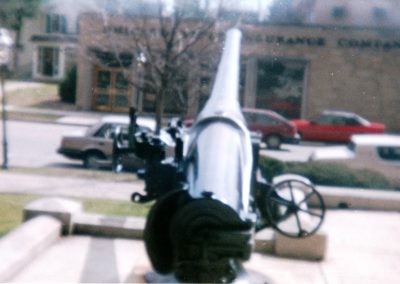 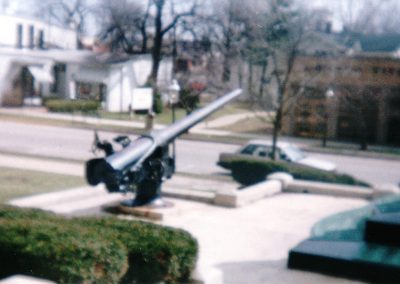