and crew visit to Albany, NY

On 11 May 2002 Commanding Officer Paul “Chip” Jaenichen, SSN-753 and CDR. Brett Genoble along with their wives, Paula and Joanne, and twelve members of the crew visited Albany for a dual-purpose; to take part in the annual Albany Tulip Festival as escorts to the Tulip Queen’s Court and to donate a fully outfitted mannequin in memory of shipmate Petty Officer Second Class Kealon Dontay Cooley.

The crowning of the tulip queen is a very prestigious event in Albany, NY. Going back to 1948 when the Netherlands Tulip was designated the official flower of Albany, having a sea of white uniforms as part of the festivities was very impressive and memorable. 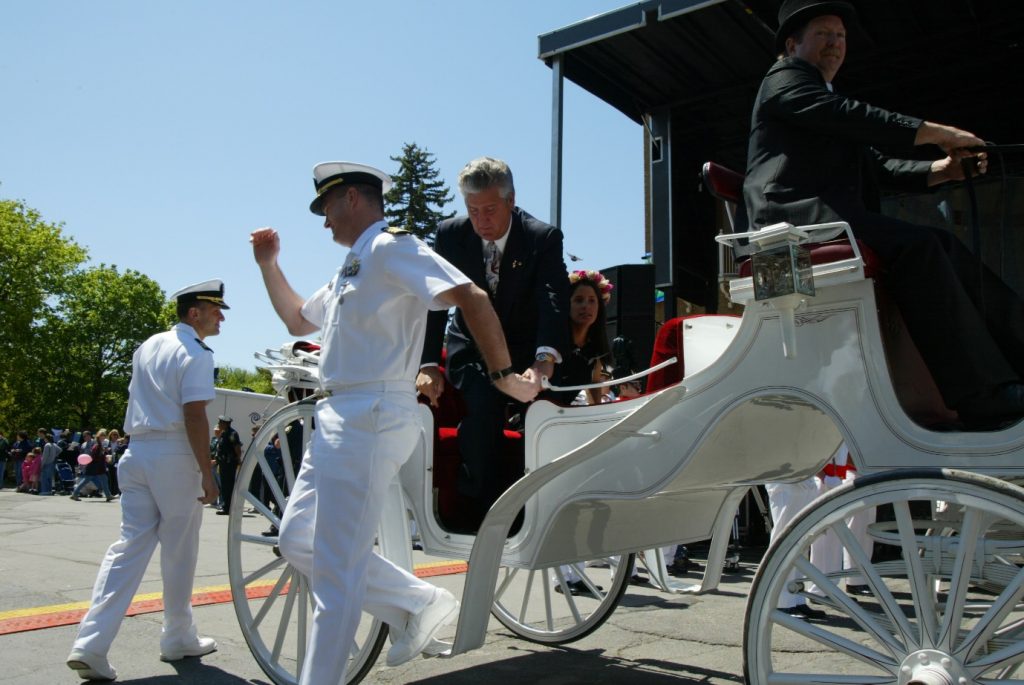 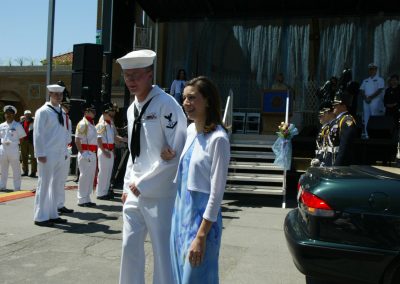 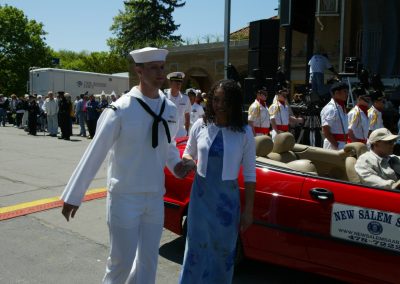 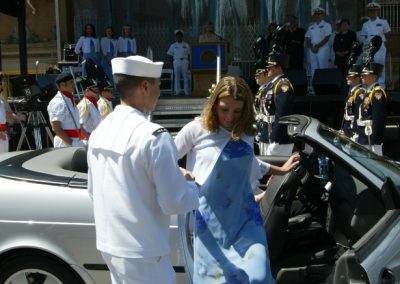 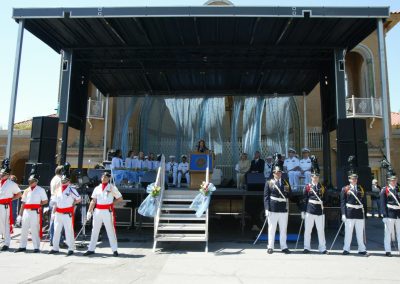 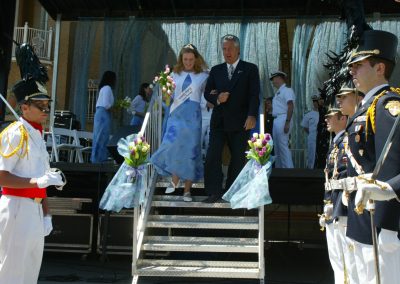 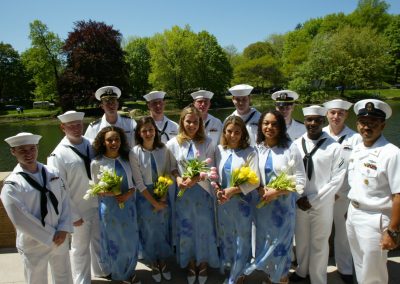 The other part of their visit to Albany was to pay respects to one of the Sailors that passed away while under the Command of CDR. Chip Jaenichen.

The officers and crew presented a framed plaque with a photo of their former Shipmate, Petty Officer Kealon D. Cooley. 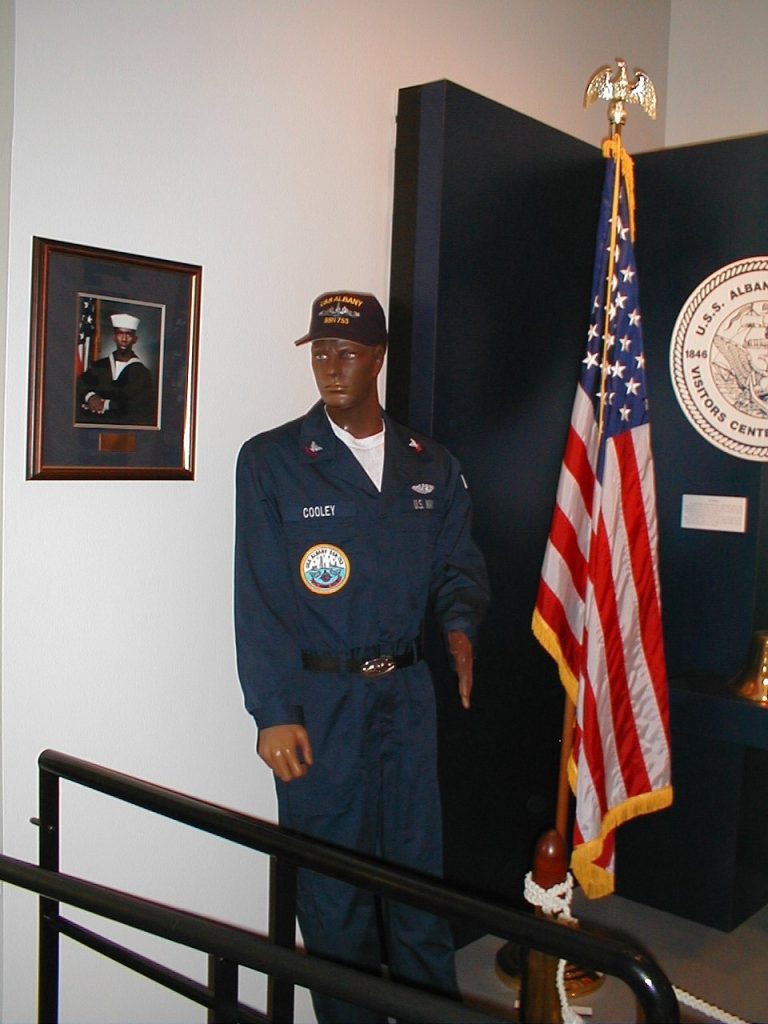 The U.S. Navy Sailor depicted in the blue submarine coverall uniform on display at the USS ALBANY Exhibit in Albany, NY is dedicated to the memory of MM2 (SS) Kealon D. Cooley, USN. Petty Officer Cooley was a member of the USS ALBANY (SSN 753) Engineering Department.  In the spring and summer of 2000, the ship was preparing for a six-month deployment to the Mediterranean.  As is typical prior to an extended deployment, members of the crew were taking leave in the weeks leading up to ship leaving for six months.  In early June 2000, then MM3(SS) Cooley had gone home to Jacksonville, Arkansas to spend time with his family.  On a family picnic on 9 June 2000, at a near-by lake, he drowned while swimming with his twin brother and friends.  Petty Officer Cooley was fond of saying that he was destined for the military, having been born on 4th of July in 1979, and in just a short time onboard had become an integral member of Machinery Division and was just 21 years old when he died.  He had taken the March 2000 E-5 Advancement Exam and was selected for promotion, but was on leave when the All Navy Message was released.  He was posthumously promoted to Petty Officer Second Class.  When the opportunity to provide a Navy Uniform for display at the USS ALBANY exhibit, members of Machinery Division requested that his name be displayed on the uniform.  The Commanding Officer consulted with Petty Officer Cooley’s parents and they agreed that the display in Albany, NY could bear his name. 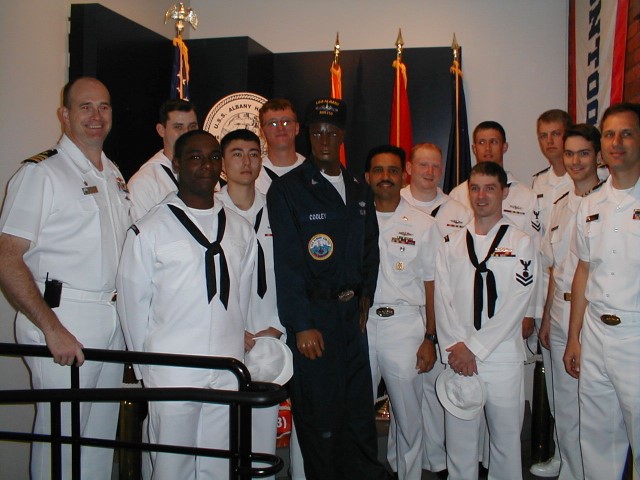 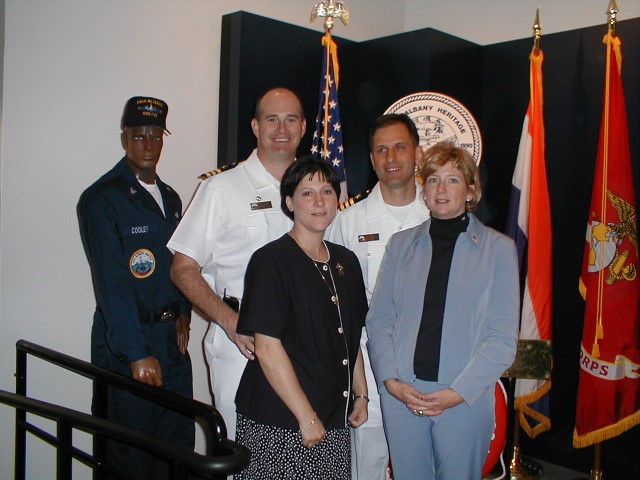 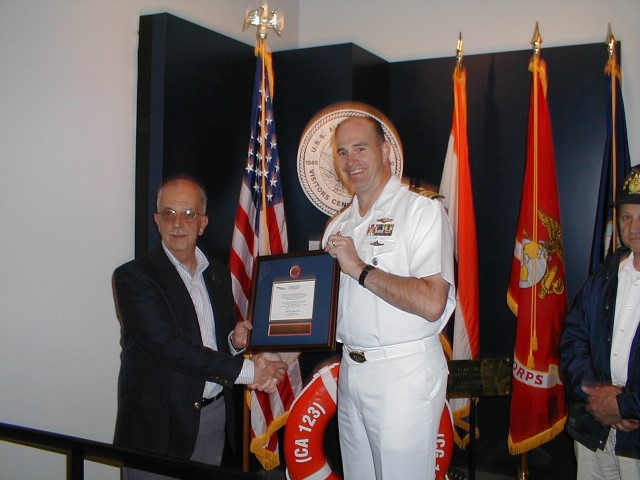 Presentation made to the Heritage Exhibit Chairman 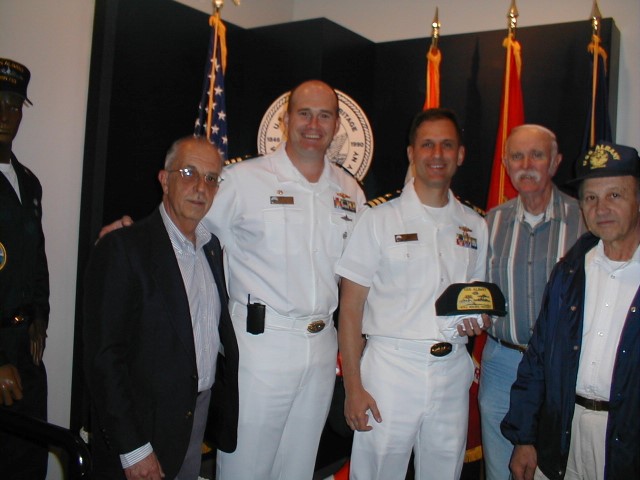 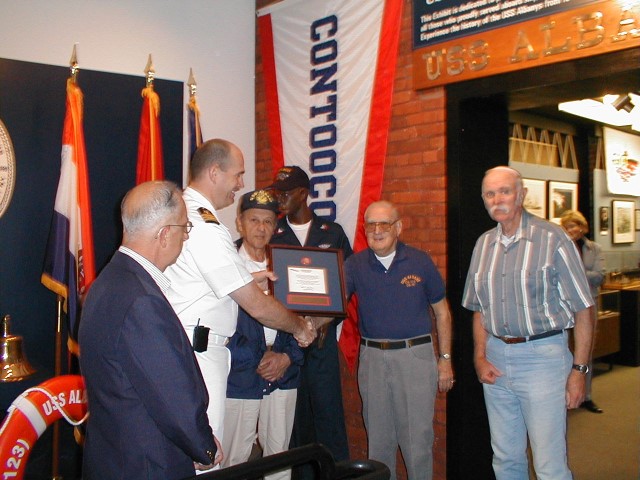