In the 18th century and most of the 19th, a sloop-of-war in the Royal Navy was a warship with a single gun deck that carried up to eighteen guns. The rating system covered all vessels with 20 guns and above; thus, the term sloop-of-war encompassed all the unrated combat vessels, including the very small gun-brigs and cutters. In technical terms, even the more specialized bomb vessels and fireships were classed as sloops-of-war, and in practice these were employed in the sloop role when not carrying out their specialized functions.

USS Contoocook was a screw sloop-of-war built for the United States Navy during the American Civil War. She is named for a river and village in New Hampshire. She was launched 3 December 1864 at Portsmouth Navy Yard and commissioned 14 March 1868, Captain George Balch in command.

Her first cruise, as flagship of the North Atlantic Squadron, took her to the West Indies where she patrolled extensively for the protection of American interests during 1868 and 1869. Her name was changed to Albany on 15 May 1869. After another cruise to the West Indies in the fall of that year, Albany was placed out of commission on 7 January 1870. She served as a quarantine ship at New York until sold on 12 December 1872.

Being named for a village in New Hampshire, the Antiquarian Society in Hopkinton, NH was able to secure the original flag and is on display at their facility. 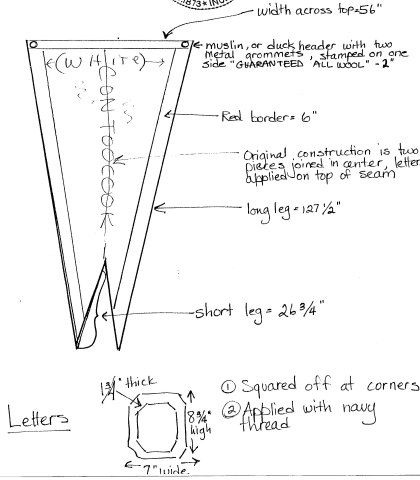 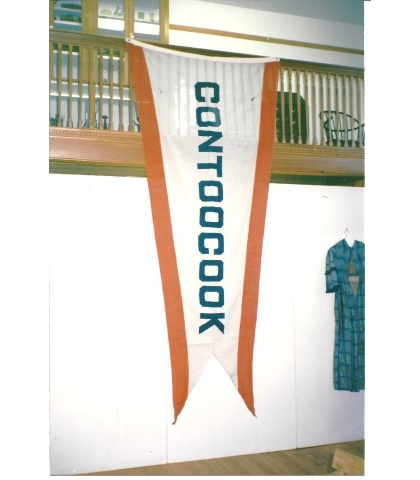 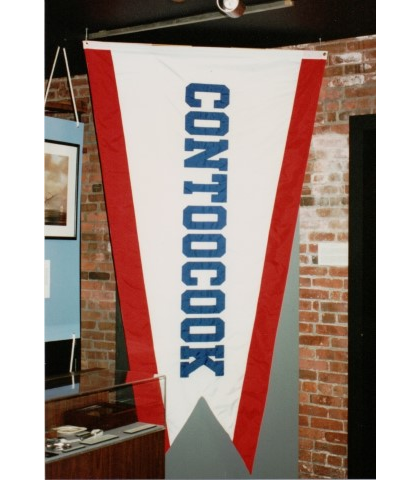