Members of the USS Albany Association spend a day aboard the

On 22 October 2004, approximately 12 members, including some family members attended a one-day cruise aboard the USS Albany SSN-753 submarine.  The Skipper of the boat notified our Webmaster that the sub was going to be making a port visit to Groton, CT. CDR Genoble advised Wayne Van Amburgh of an opportunity for a maximum of twelve of our members to take a cruise aboard the boat during that visit.

How do you let every member know of this chance of a lifetime? You can’t. There was not enough time for a mailing. The only thing to do was send an E-mail to all those members with known E-mail addresses. It was decided to be fair that all those members responding would have their names put in a hat and the appropriate number drawn at random.

Surprisingly, only nine requests for consideration were received. Wayne called area members without E-mail addresses to see if any would like to fill the remaining slots. The first three people he contacted jumped at the opportunity. I can only explain the lack of response by saying that probably most members could not make the major adjustments to their schedules that was necessary since the cruise took place on a Friday and were given such short notice.

Those who did attend met at the main gate and after locating a parking area were bussed to the ALBANY. We were greeted by the COB (Chief of the Boat) Master Chief Ariola and escorted aboard.

Various members of the crew gave briefings on the boat’s design, its mission in today’s Navy and the projected future of the Submarine Service. When they were finally free from their duties while getting underway, the CO and COB officially answered questions and explained how our day aboard was to be spent.

Tours of the boat were given with opportunities to shoot an air “slug” from a torpedo tube, view the outside world through a periscope and perch atop the sail just to mention a few. Many features of the submarine were shown and explained by knowledgeable crewmen. One can only be impressed by the expertise displayed by every member of ALBANY’s crew.

We were told that we would not be submerging due to the time necessary to get to deep water. However, when this author was sitting with the bridge watch standers, the only people aboard who weren’t underwater were those of us on top of the sail. It was invigorating to this old sailor to once again feel the salt spray on my face and the wind blowing through my thinning hair. I honestly think I could have spent the entire day right there.

The ride was smooth with far less roll than I’d anticipated and was much to the delight of several guests with tendencies toward seasickness. Even during maneuvering the boat remained on a relatively even keel. Credit must be given not only to the designers but to the talents of the crew as well. We were treated to snacks and coffee, etc. during our briefings and joined the crew for lunch. This gave us an opportunity to chat with the crewmembers and learn more of their life aboard ALBANY.

As our cruise came to an end, we were each given commemorative folders and pictures. Corey Burns, grandson of our President John Heitsman was awarded his dolphins for his keen interest in sonar.

I’m sure I speak for all the guests when I say that we were impressed with the capability of the sub but were even more impressed by the professionalism and dedication of the crew. Each guest was treated with respect and kindness. Each question was answered quickly and in terms that all could understand.

A simple thank you to the officers and enlisted of the latest ALBANY seems insufficient. They took the time to share a day in their life with us. They allowed us a peek into their world. They gave us a glimpse of what it means to be a submariner in today’s Navy. They reminded us of what it meant to be a crewmember of the USS ALBANY, the finest vessel in the Navy afloat or undersea. They strengthened our pride in being Americans.

To our friends aboard the SSN753, “Fair Winds and Following Seas”.

Photos from our day aboard the USS Albany SSN-753 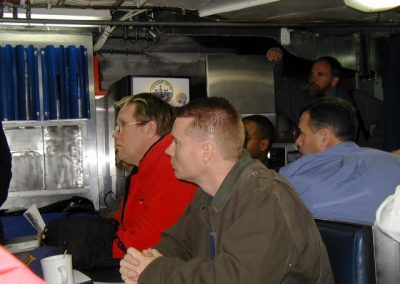 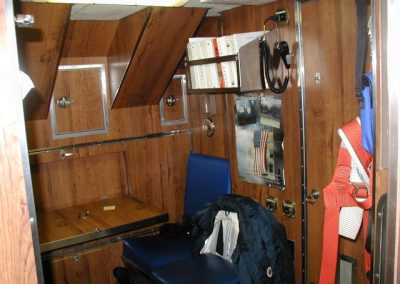 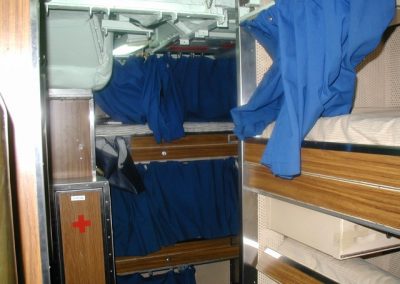 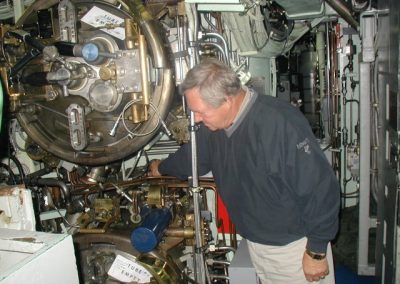 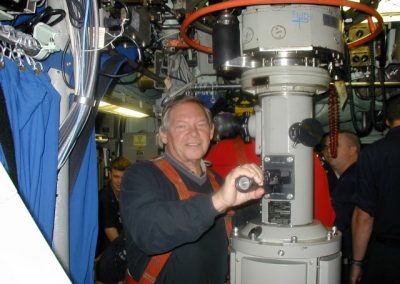 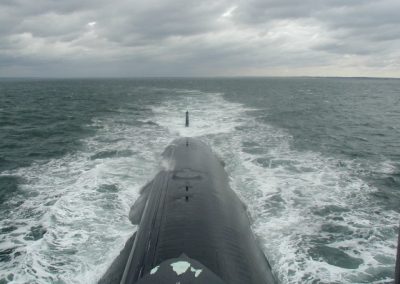 Looking aft from the conning tower 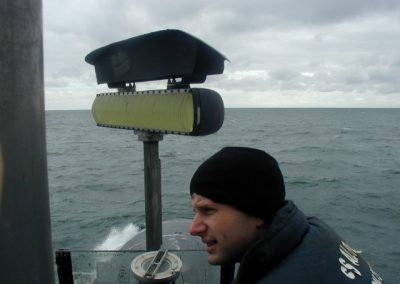 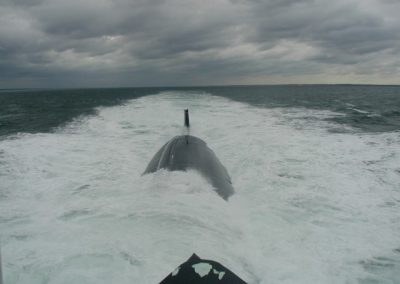 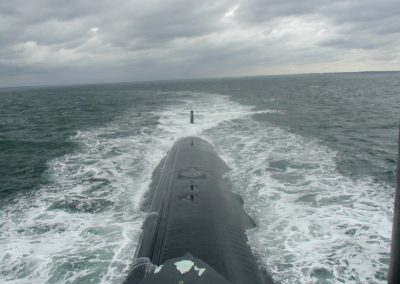 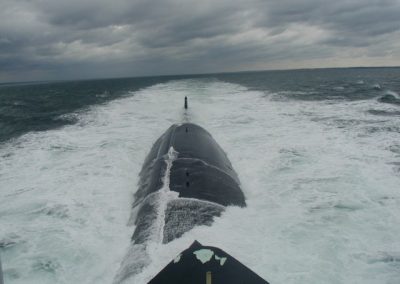 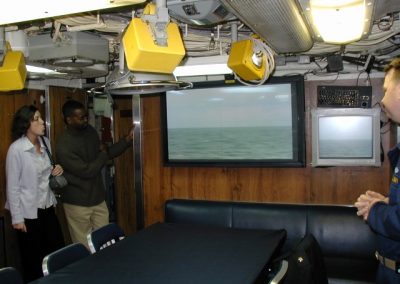 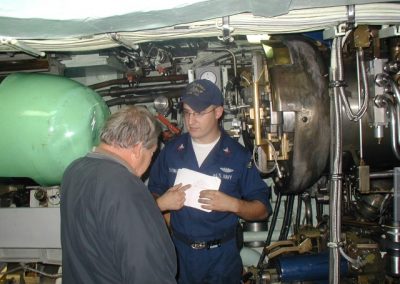 Commemorative folder of the cruise 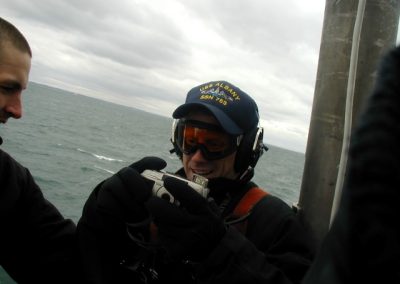 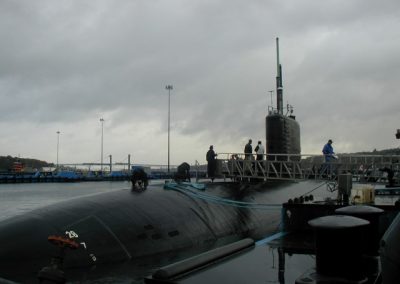