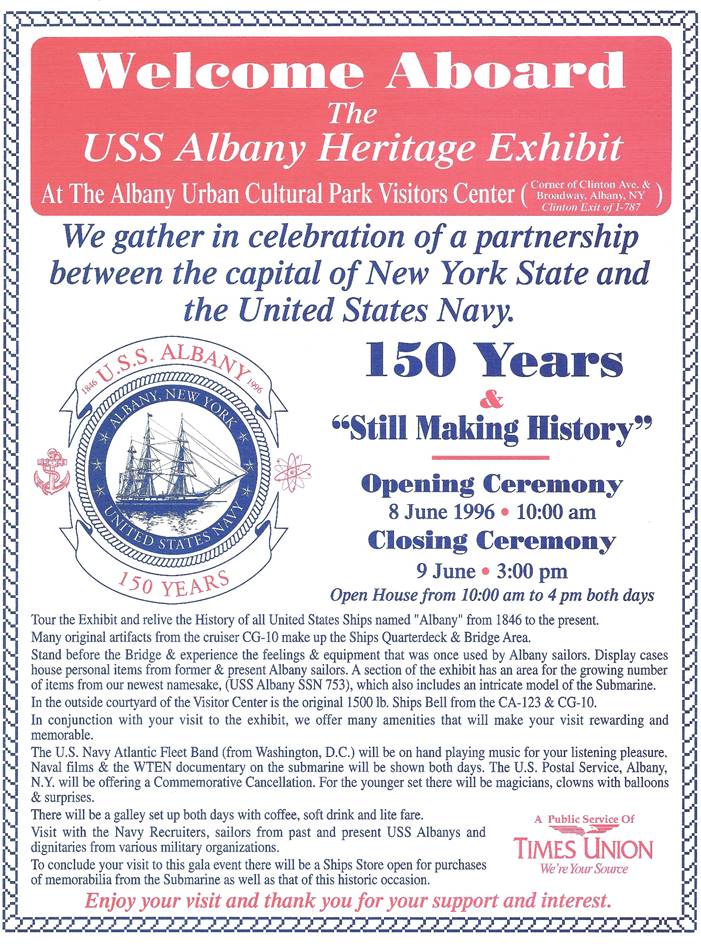 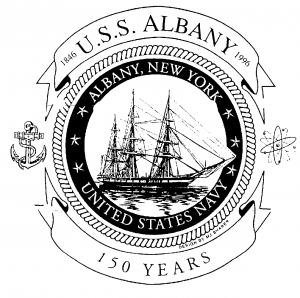 On June 8-9, 1996, a celebration was held at the Visitors Center marking the 150th anniversary of ships named Albany. Approximately 150 people attended the occasion including Albany sailors both past and present, as well as dignitaries, friends, and families. LCMD Joseph Welenc, USN(Ret), a member of the USS Albany Association, performed the ceremonial piping. Capt. Darl Anderson, first Commanding Officer of the SSN-753, was the Master of Ceremonies presiding over the two-day event. The CA-123/CG-10 ship’s bell was used to open and close the ceremony.

One of the highlights of the two-day event was an Open House at the Heritage Exhibit. The crowd was invited to enjoy refreshments and spend the day touring various exhibits sponsored by the United States Navy, the USS Albany Association, the USS Albany SSN-753 Submarine, and the US Navy Sea Cadet Corps. Attendees had a chance to chat with sailors from the USS Albany sub and various other commands. The US Navy Atlantic Fleet Band from Washington, D.C. was in concert for the two-day celebration. Throughout the weekend, the band completely awed the attendees with their renditions of contemporary, rock and roll, swing, country, jazz, soft rock, and Stan Getz inspired Brazilian bossa-nova music. And to top it all off, the US Postal Service issued a commemorative envelope to celebrate the occasion. Following Saturday’s event, a reception hosted by Nick Bolas was held at the Omni Hotel, now the Crowne Plaza in downtown Albany, NY. 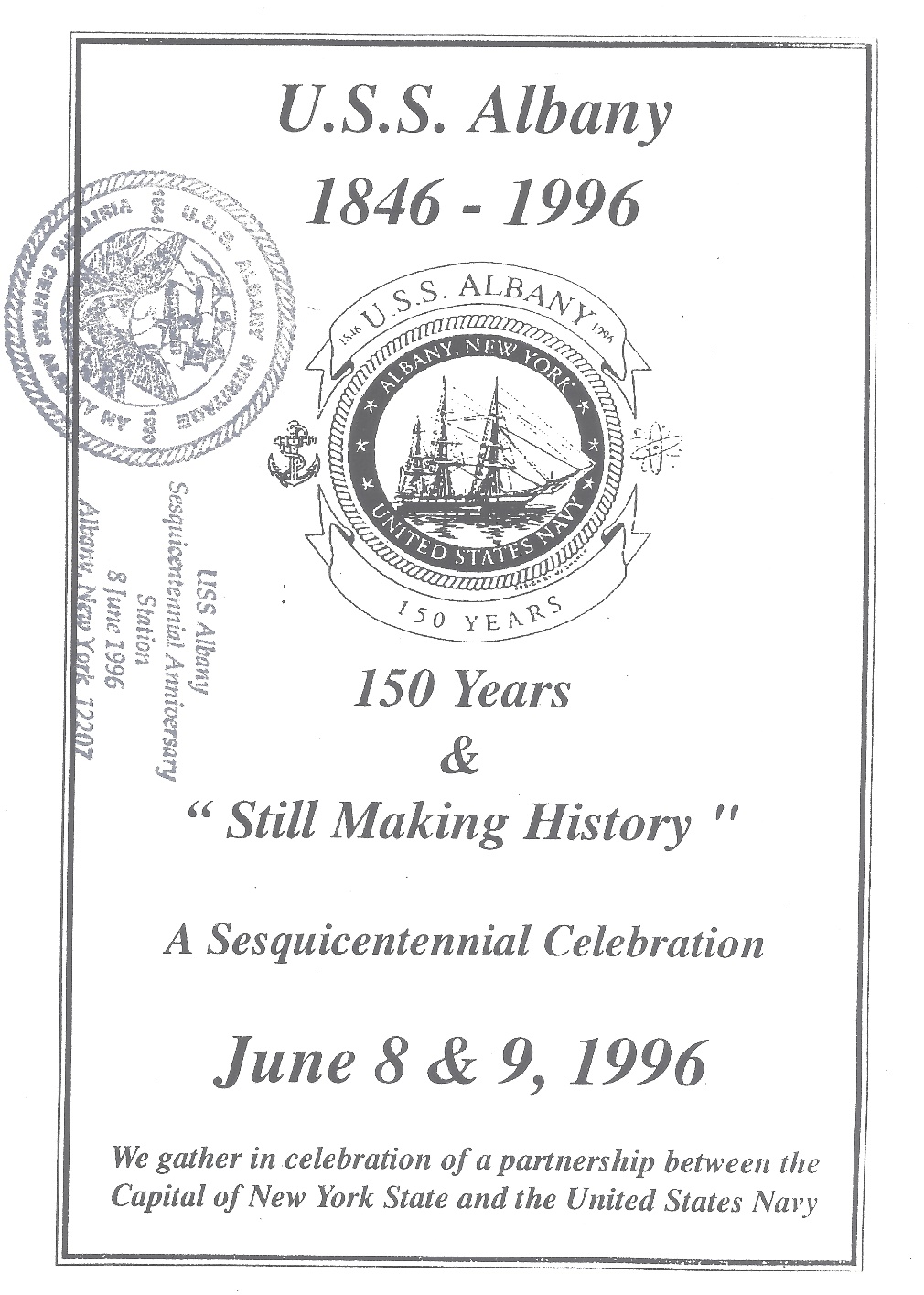 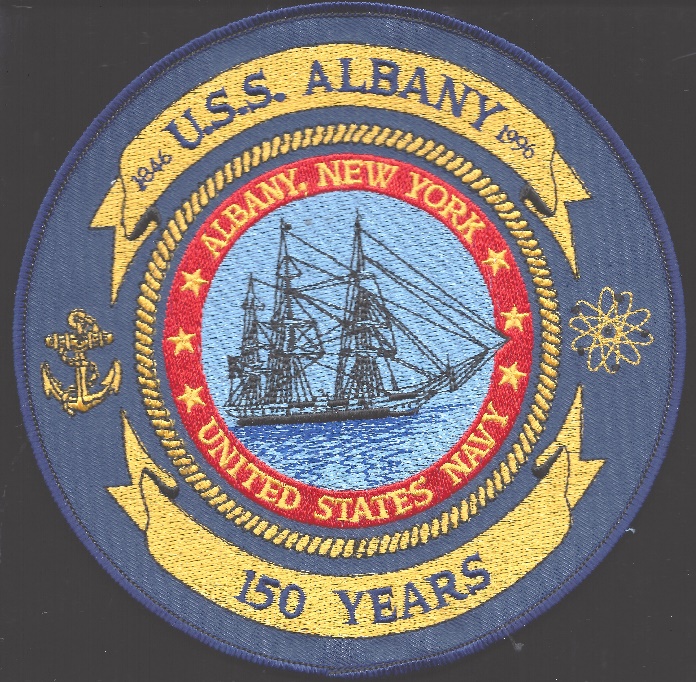 Patch designed by the Heritage Exhibit Committe for this event 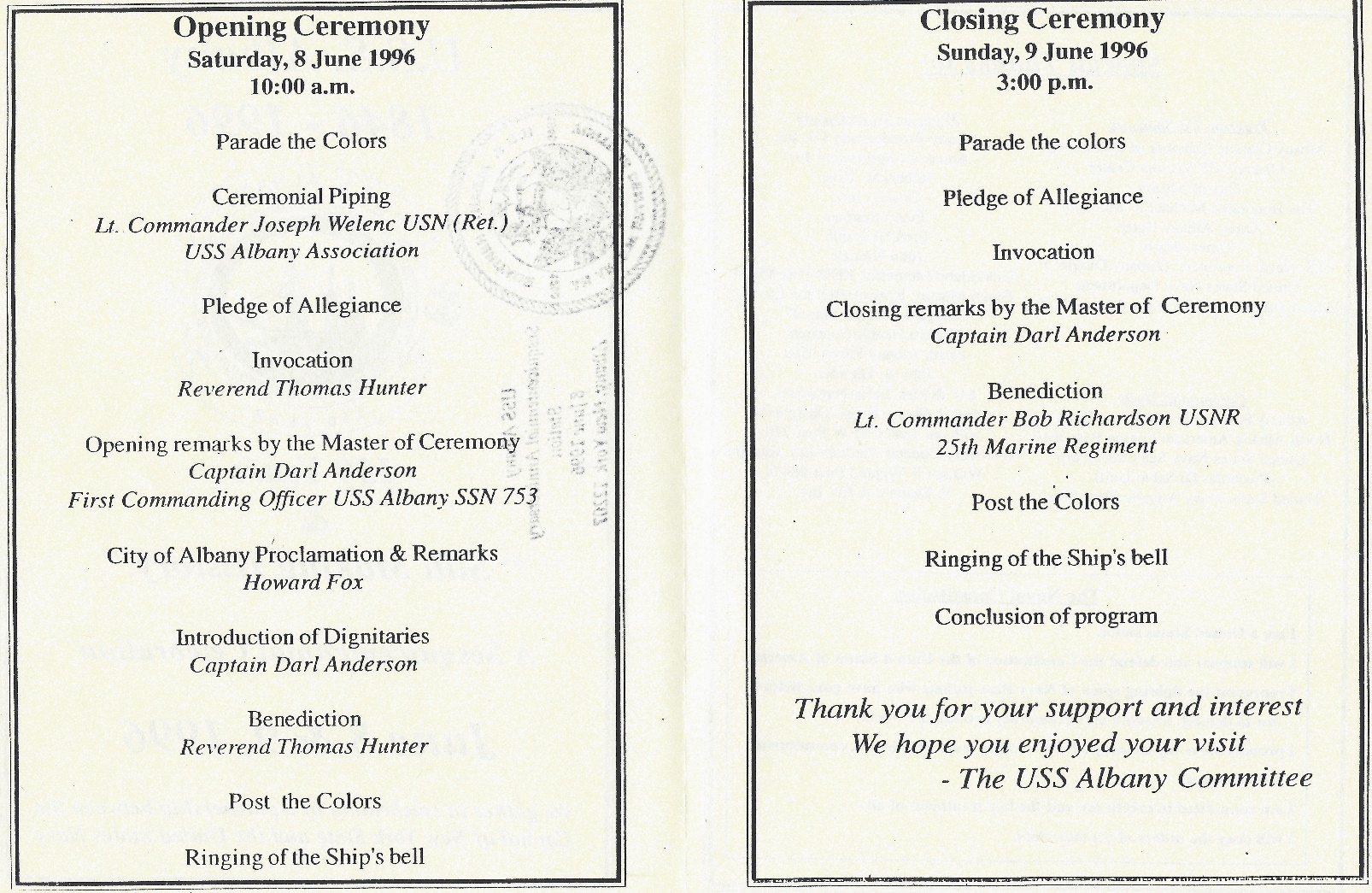 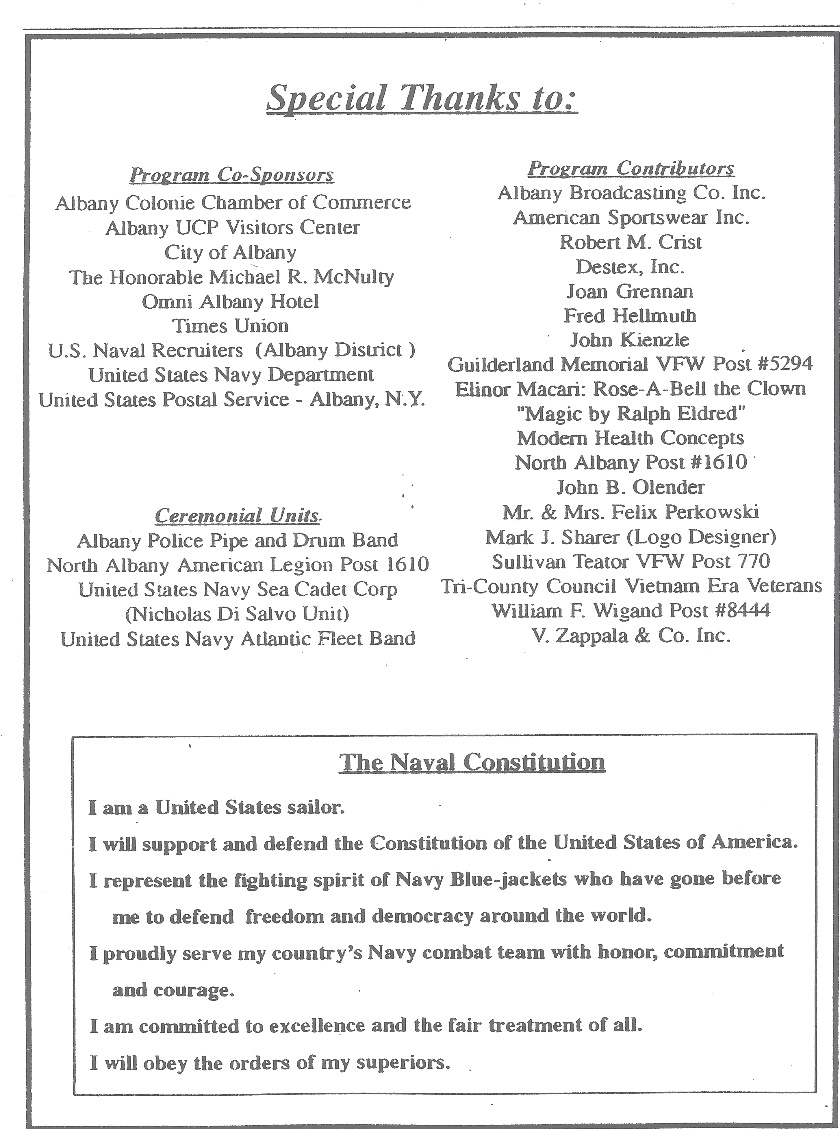 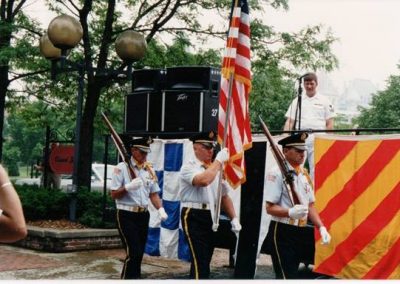 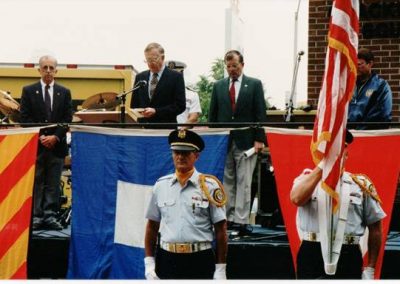 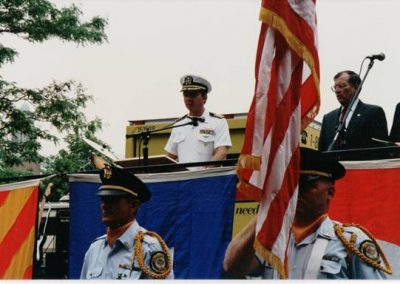 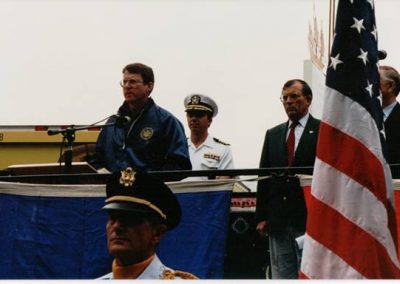 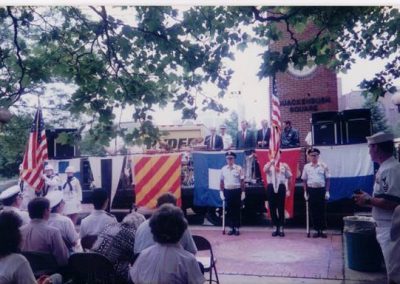 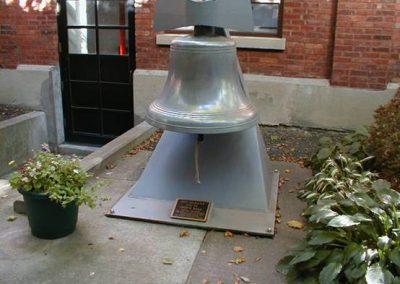 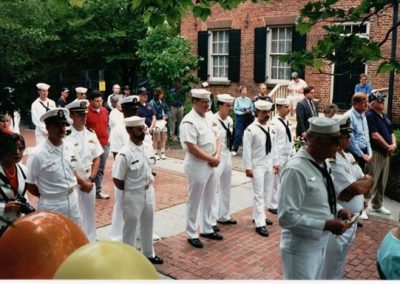 Members of the USS Albany SSN 753 in attendance 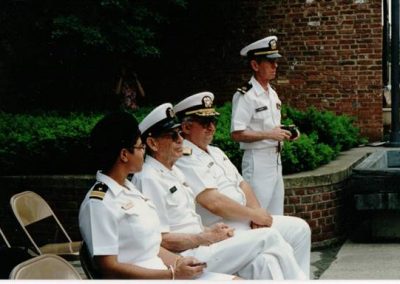 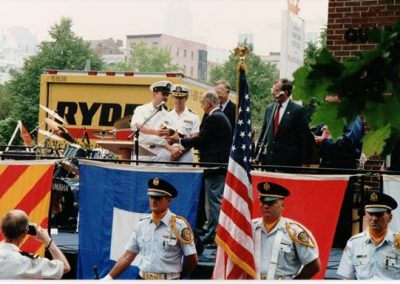 Presentation to the Heritage Exhibit by the SSN 753 Crewmembers 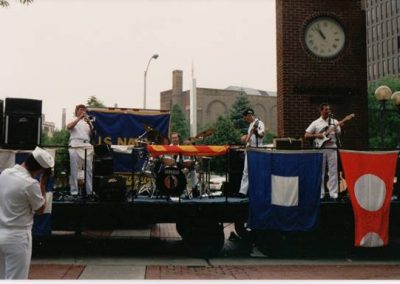 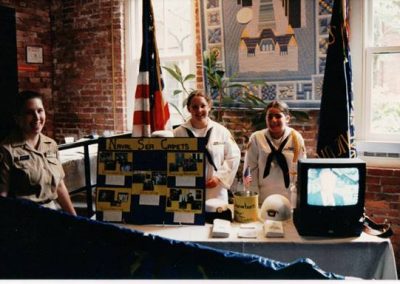 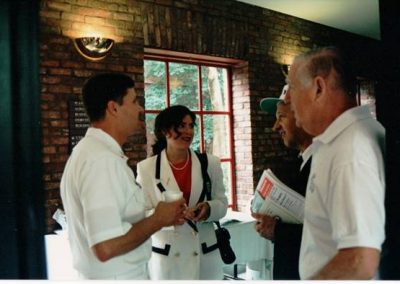 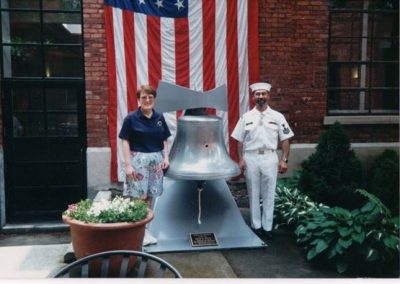 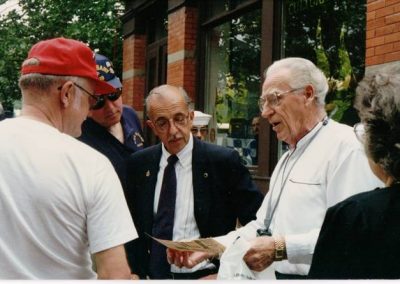