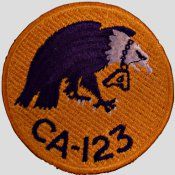 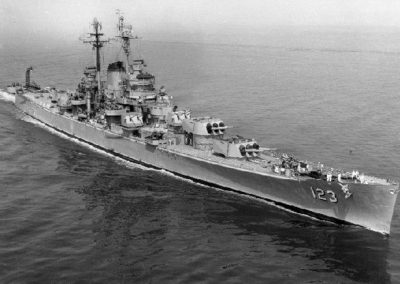 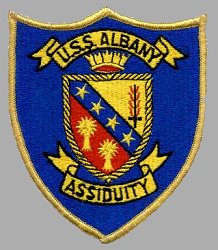 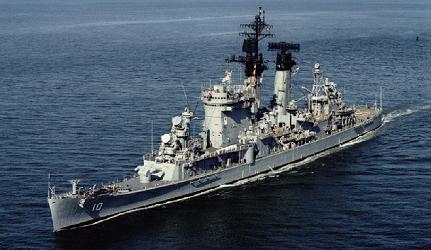 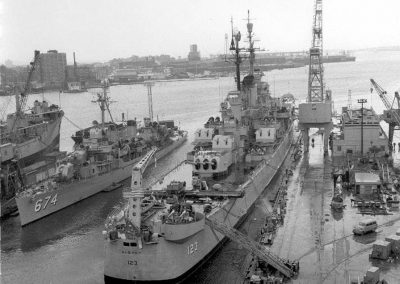 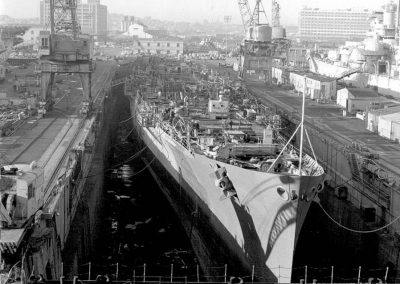 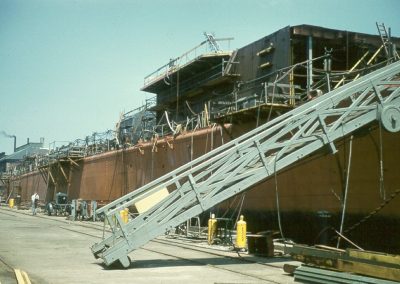 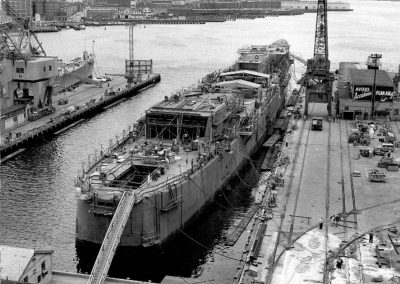 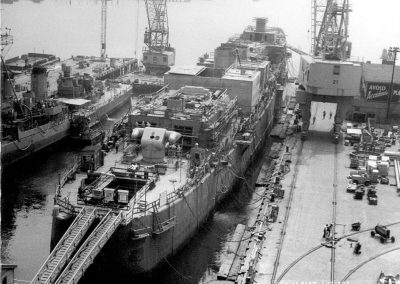 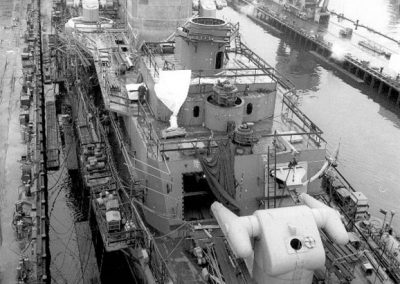 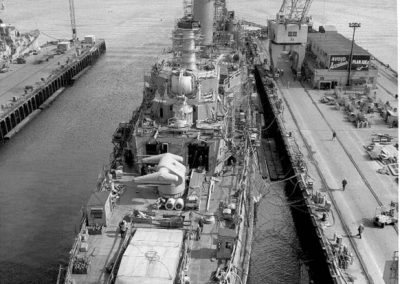 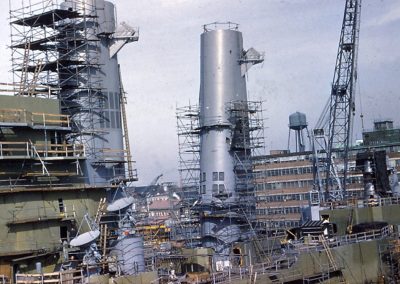 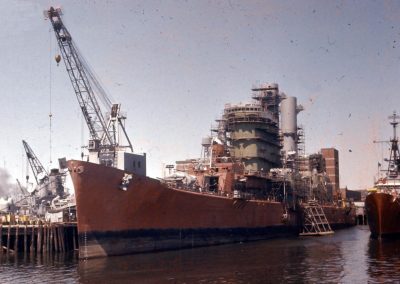 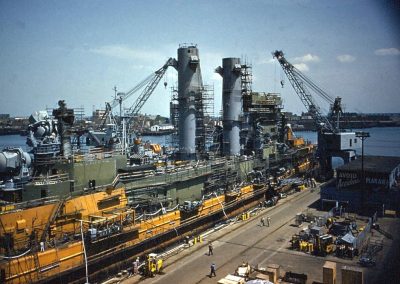 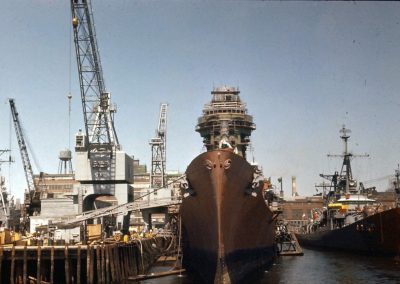 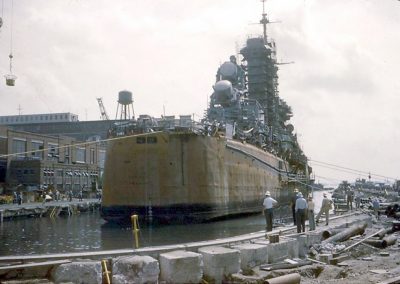 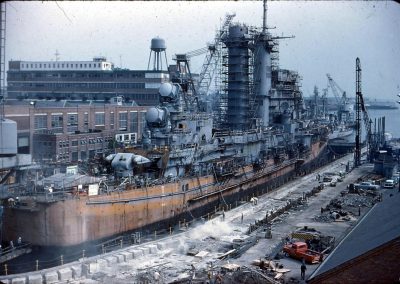 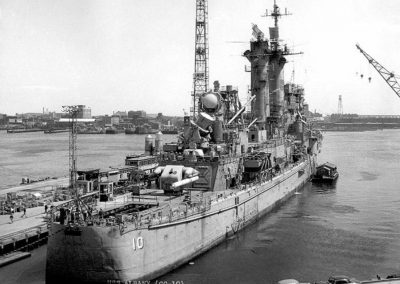 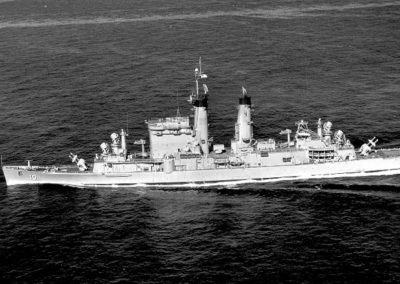 USS ALBANY was laid down on 6 March 1944 at Quincy, Mass., by the Bethlehem Steel Co., launched on 30 June 1945, sponsored by Mrs. Elizabeth F. Pinckney; and commissioned on 15 June 1946 at the Boston Navy Yard, Capt. Harold A. Carlisle in command

Following outfitting and a shakedown cruise in the vicinity of Casco Bay, Maine, ALBANY began operations along the east coast of the United States punctuated with cruises to the West Indies. During the ensuing months, the cruiser made a number of voyages for the purpose of training naval reservists and NROTC midshipmen. ALBANY continued to perform such duty until 11 September 1948 when she stood out of Chesapeake Bay for her first tour of duty with the American naval forces operating in the Mediterranean Sea, recently made a permanent establishment as the 6th Fleet. That deployment set the tone for the next decade. The cruiser alternated five assignments to the 6th Fleet with operations along the east coast of the United States and in the West Indies and made three cruises to South American ports. During one of the South American voyages, ALBANY carried the official United States representative to the inauguration of the President of Brazil in January 1951.

On 30 June 1958, ALBANY was placed out of commission at the Boston Naval Shipyard to begin conversion to a guided missile cruiser. On 1 November 1958, she was redesignated CG 10. The warship spent the next four years at Boston undergoing very extensive modifications as part of the conversion. The ship was recommissioned at Boston on 3 November 1962, Capt. Ben B. Pickett in command. For almost five years, she again alternated deployments to European waters – both to the Mediterranean Sea and to the North Atlantic – with operations along the east coast and in the West Indies. During that time, the cruiser visited many foreign ports and participated in a number of exercises with units of friendly navies. On 1 March 1967, she was decommissioned at the Boston Naval Shipyard once again to undergo extensive modifications. Some 20 months later, on 9 November 1968, the guided missile cruiser was placed back in commission at Boston.

However, the warship did not complete her rehabilitation and modernization overhaul until the summer of 1969. On 5 July, she stood out of Boston on her way – via Yorktown, Va., and Norfolk, Va. – to Mayport, Fla., her new home port. After several weeks of preparations, ALBANY embarked upon her shakedown cruise to the West Indies on 15 September. On 31 October, the guided missile cruiser returned to Mayport to begin operations with the Atlantic Fleet. Late in February 1970, ALBANY embarked upon her first deployment to European waters since her modernization overhaul. During the next six years, she made three cruises to the Mediterranean and completed one assignment to northern European waters. On 10 August 1976, ALBANY put to sea from Norfolk, bound for an extended tour of duty with the 6th Fleet in the Mediterranean Sea. Operating from her overseas home port at Gaeta, Italy, she served as flagship for the Commander, 6th Fleet, for almost four years.

Relieved of that duty at Gaeta by PUGET SOUND (AD 38) on 28 May 1980, the guided missile cruiser embarked upon the voyage back to the United States on 2 June. After stops at Mallorca, Spain, and Lisbon, Portugal, she arrived in New York City on 20 June. From there, the warship moved south to Hampton Roads, Va. On 29 August 1980, ALBANY was placed out of commission at Norfolk, Va. She was berthed with the Norfolk Group, Atlantic Reserve Fleet. Her name was struck from the Navy list on 30 June 1985.

USS Albany as CA 123, before the guided missile conversion 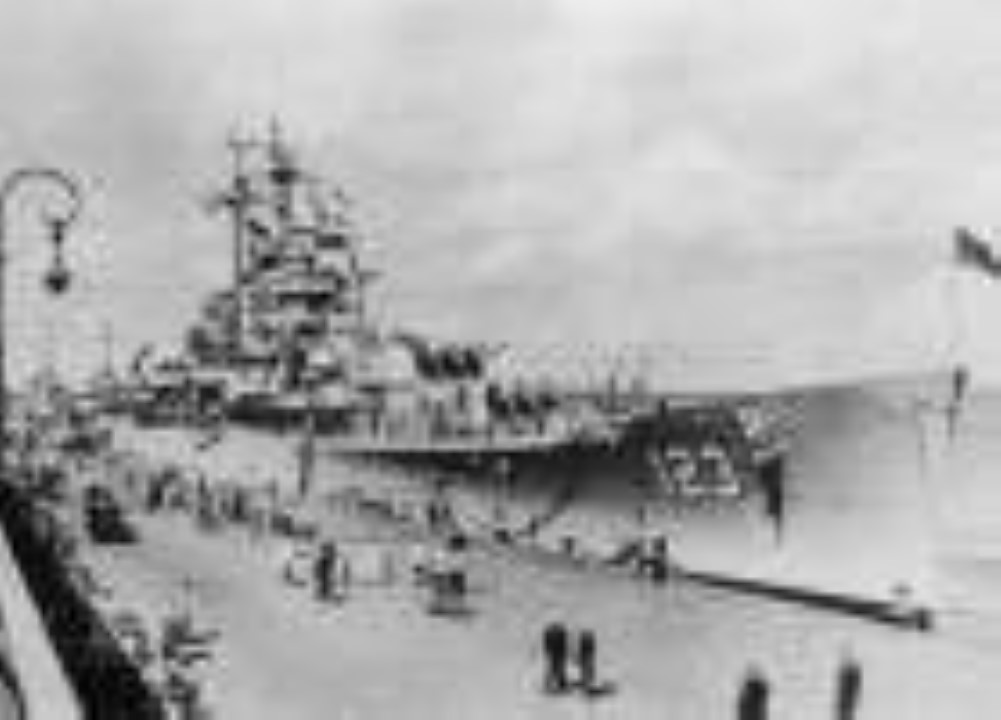 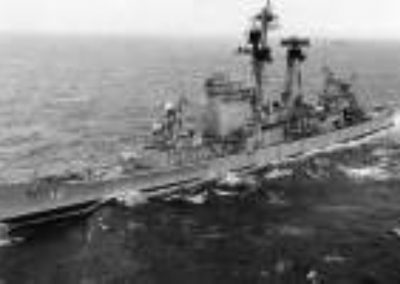 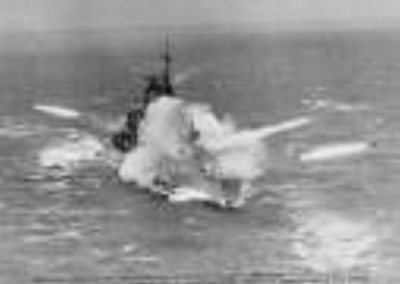 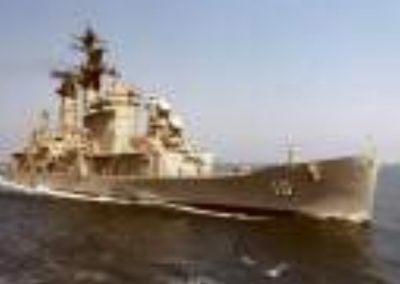 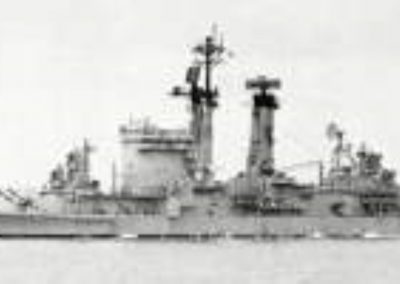 The photo below shows the decommissioned ALBANY at Naval Base Norfolk, Va., in July 1981. 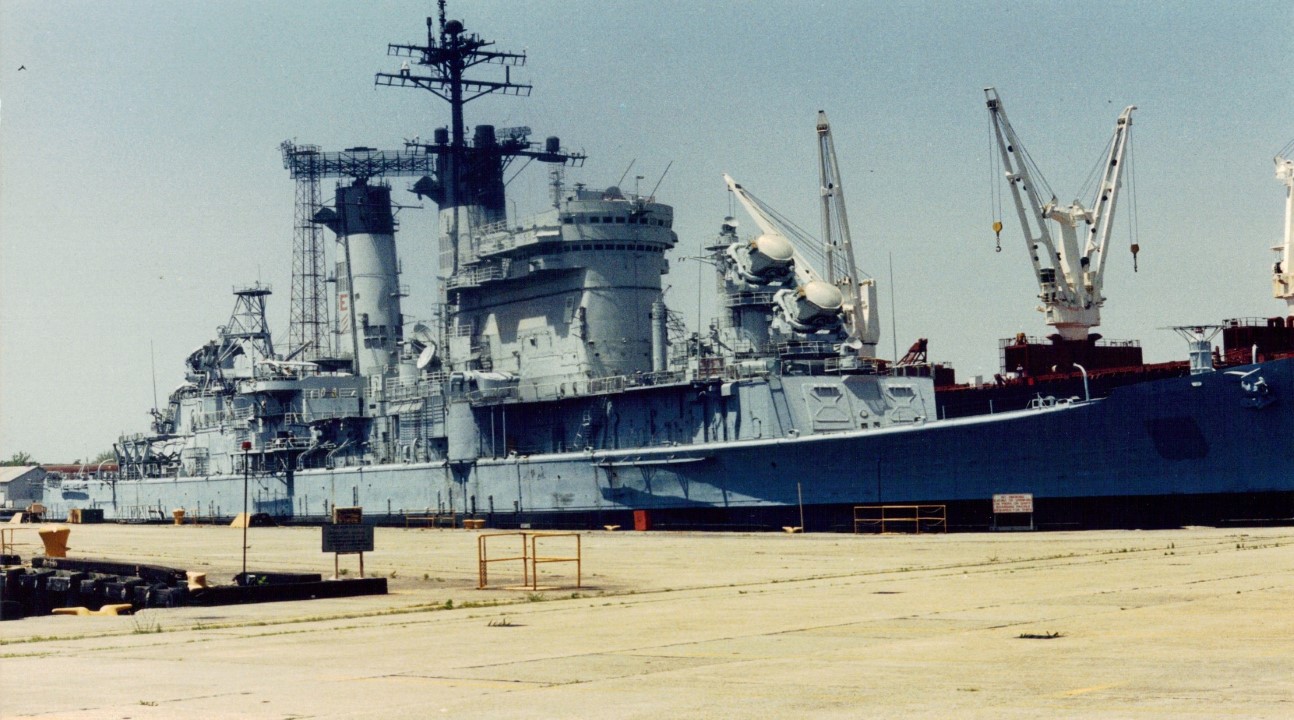 Accidents aboard the USS Albany