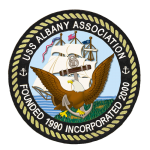 The word Humanitarian has many meanings for different roles

Having or showing a concern for the welfare of others

“A charitable couple who have donated a sizable amount of funds & time to those in need”
Synonyms: beneficent, benevolent, humanitarian
Related words: self-sacrificing, bountiful, generous, , unselfish, compassionate, humane, kind
Giving or sharing in abundance and without hesitation

“A charitable person / persons who helps everyone who has special needs “

In the aftermath of one of the worst natural disasters in U.S. history, Jim Window, aided by his able wife, Maryann and a few friends took it upon himself, in an unprecedented manner and with his own resources, to set up and feed literally thousands of his fellow Americans left homeless and destitute by back-to-back hurricanes, Katrina and Rita, which ravished and flooded Louisiana and its surrounding areas.

For close to 2 months, using their own and donated money, they worked tirelessly to provide critical food services to thousands of their fellow citizens left homeless and hungry by this catastrophic event. To say they rose to the challenge would be an understatement. The humanitarian actions of Jim and Maryann, in the face of unprecedented adversity and carnage, is a tribute to their character, and in keeping with the highest tradition of former U.S. Navy personnel. We in the Association are proud and honored to have such distinguished humanitarians in our organization